Come and See the Monster Mash! 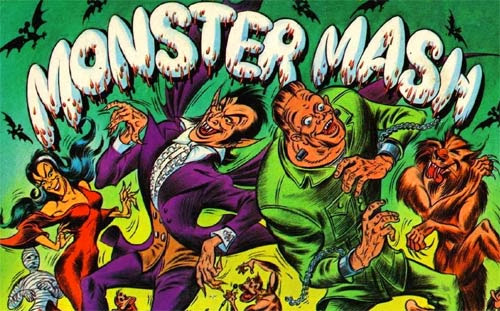 "Monster Mash" is a 1962 novelty song and the best-known song by Bobby "Boris" Pickett. The song was released as a single on Gary S. Paxton's Garpax Records label in August 1962. Also released was a full-length LP called "The Original Monster Mash," which contained several other monster-themed tunes. The "Monster Mash" single reached number one on the Billboard Hot 100 chart on October 20 of that year, just in time for Halloween. It was a fabulous kick-off for the 1962 holiday season, back in the days before all the animated holiday specials were around and this song was a rare seasonal treat.

The video above was done much later, and includes corny scenes from a score of old "B" monster movies, such as Vincent Price (Pickett does a pretty good imitation of him in the song), "Creature From the Black Lagoon," and the original "Attack of the 50 Foot Woman." A great video to watch around Halloween! A timeless Halloween classic, perhaps the greatest of them all.

Vincent Price, who as mentioned actually appears in the above video in a younger man's clothes, did his own version of "Monster Mash" some years later in 1977, six years before the time of his classic vocal in Michael Jackson's "Thriller." This is truly a classic performance, not to be missed, perhaps better than the original even though Mr. Price was not even a singer. The introduction, which would have been tedious from anybody else on the planet, is a tour de force for Mr. Price. Vincent Price during the disco era! Perfect creepy diction, Boris Pickett must have been so proud! Not to be missed!


Below is another version which features a sort of performance of the tune, if you can call it that. Sort of a trip back into the dawn of the age of music videos, which is interesting in its own right.


In 1965, Boris Karloff was enjoying something of a career Renaissance. In addition, one of the popular shows on television was sort of Halloweeny "The Addams Family." The music show "Shindig" decided to capitalize on these facts and put together a version of "Monsters Mash" narrated by Mr. Karloff, with Lurch doing a little dance. Come on, Lurch is dancing, this is classic stuff! The original clip is missing, but it probably will turn up eventually. Below is a recreation of this truly classic version of "Monster Mash," a sort of rock and roll version that wanders all over the yard.


Finally, a metal remake came along to spice up the song. Horror punk band (never knew that category existed) the Misfits recorded a cover version of "Monster Mash" in 1997 as part of a promotion surrounding a DVD release of the 1967 stop-motion film "Mad Monster Party." The Misfits' version was released as a single in 1999, and a new version was recorded for their 2003 album Project 1950. The Misfits recorded their version of "Monster Mash" in 1997 in a recording studio in Newark, New Jersey and apparently greatly enjoyed the experience, as for a horror punk band this song must be like "The Odyssey" or something in terms of its cultural significance. 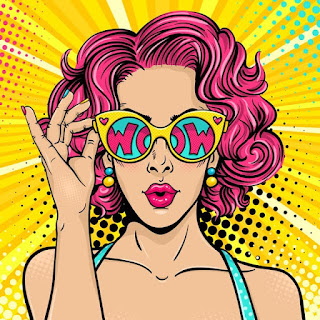