Coloring Pages of Baby Yoda of The Mandalorian

The Adorable Child from The Mandalorian

If you have a small child, you probably know who Baby Yoda is. If not, you still may know because Baby Yoda has become an Internet sensation with memes and stories. 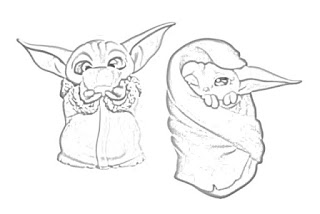 If you don't know much about Baby Yoda, this is your chance to learn about him. We go through Baby Yoda's history and the show that he is on, "The Mandalorian." 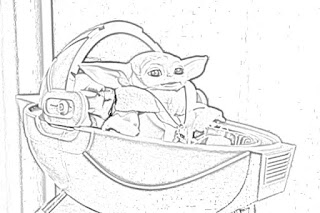 If you have heard of Baby Yoda, then you're all set for the free and downloadable coloring pages of Baby Yoda here. If you're not, you're about to learn all about him. 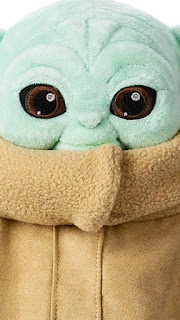 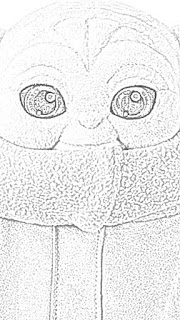 The Child is better known as Baby Yoda because he looks like a younger version of, you known, Yoda from Star Wars. Here, we have coloring pages of Baby Yoda plush toys that are free and downloadable.


Fully embrace the cuteness of the 50-year-old Yoda species with this adorable 11-inch plush toy. He may look like a Baby Yoda, but this lovable creature is referred to as The Child. Inspired by the Disney+ live-action series The Mandalorian, this sweet Star Wars plush toy makes a Force-sensitive addition to your collection. 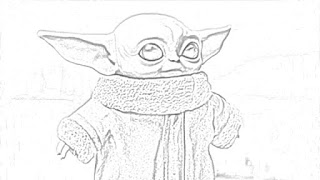 Because the success of "The Mandalorian" came so late in 2019, there was no time for parents to buy Baby Yoda toys for their children that year.

However, that only means that the Baby Yoda toys will be the hot item for the 2020 holiday season. 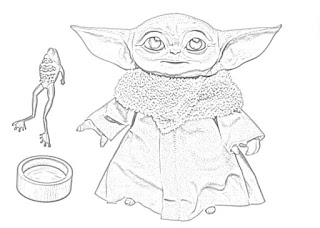 Many but not all of the plush toys pictured on this page are available at shopDisney.

"The Mandalorian" airs on Fridays exclusively on Disney+. 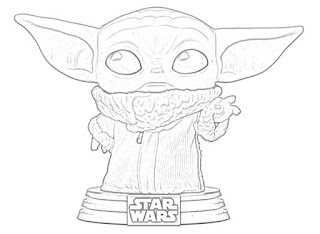 The main Mandalorian character, nicknamed Mando, discovered Baby Yoda at the end of episode one of the critically-acclaimed series. Baby Yoda has become a focal point of the series.

Hasbro’s animatronic and exceptionally lifelike Baby Yoda has attracted a lot of attention. It has 25 different combinations of sounds and motions. It is priced at a reasonable (for what you get) $60. Unfortunately, it is not available for purchase until fall 2020. 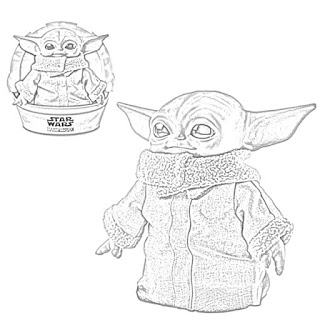 The Hasbro animatronic plush toy is certain to be sold out quickly for the 2020 holiday season, so if you want it, you had better keep your eye out for it.

Hasbro is also releasing a less expensive talking toy that comes with a bowl of bone broth and a frog. 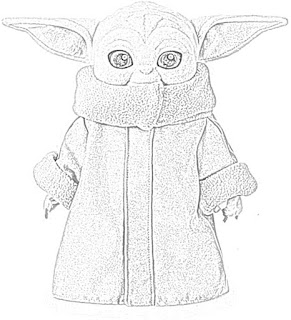 Hasbro also says that it will be releasing a set of six Baby Yoda figurines for display or gifting. 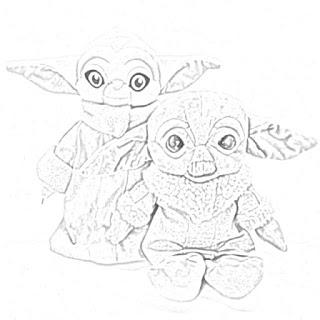 Build-A-Bear also has a version of Baby Yoda.

There are many knock-offs of official Disney merchandise, of course. There always are popular toy knockoffs. In my opinion, you are much better off purchasing official merchandise, which is usually of better quality and not priced all that much more than the knockoffs. 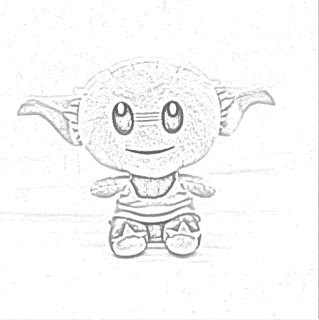 Hasbro holds the licensing rights for most Disney Star Wars toys. But Lucasfilm, the Disney-owned production company that makes Star Wars movies and TV shows, has been working with several other major licensees to create an entire catalog of Baby Yoda merch. These other companies include Mattel.

A lot of parents were unhappy that there weren't any Baby Yoda toys available in 2019. The show's creators did this intentionally in order to not spoil the surprise of the Baby Yoda character when he first appeared on 12 November 2019. Pausing the production of Baby Yoda toys became a controversial move for Disney and helped to cause toy sales for the 2019 holiday season to be flat. Some analysts claimed that plentiful Baby Yoda toys on toy section shelves could have given the 2019 season a much-needed boost. 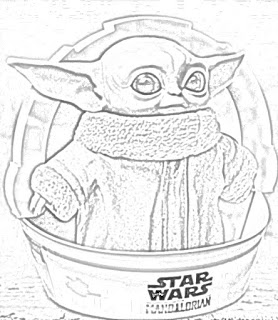 However, that won't be a problem during the 2020 holiday season. There are sure to be all sorts of Baby Yoda plush toys and other products available beginning in May and especially by mid-September.

Season two of “The Mandalorian” is set to start streaming on Disney+ in October 2020. That is sure to gin up demand for Baby Toys, so you might not want to wait until then to get Baby Yoda holiday toys if you can remember to do so earlier. 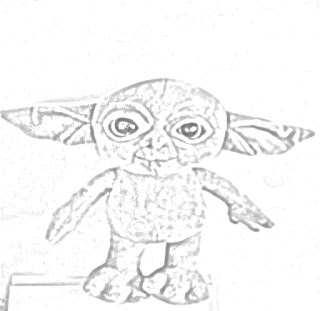 Of course, you can spend as much as you want on these toys. There is a $350 life-sized Baby Yoda toy unveiled at the end of January and scheduled to reach shelves in spring 2020. 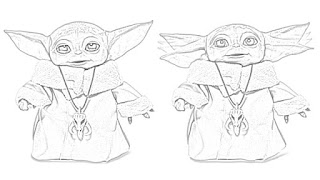 There also are t-shirts, hats, and other apparel decorated with images of the adorable alien Baby Yoda.

Just to give you an idea of the competition you are going to face to get some of these toys, here is a startling fact. Mattel’s 11-inch Baby Yoda toy, which comes in packaging that looks like his levitating bassinet in “The Mandalorian,” is the No. 1 most-wished-for product on Amazon’s ranking in toys and games. Amazon's wish-list rankings are based on products that customers have most often added to wishlists and registries. 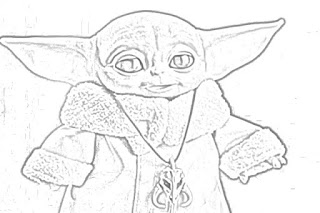 That's not out of Star Wars toys or plush toys or anything like that - Mattel's plush toy is the top wish for all toys on earth.

If you think other people are going to delay in getting the first versions from the truck, you are probably wrong. Parents are waiting for them to appear and are going to grab Baby Yoda plush toys the instant they appear. 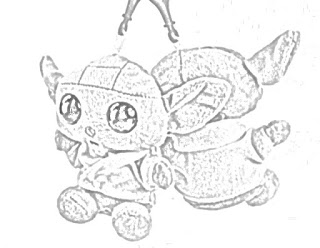 In addition, Funko Pop! 3.75-inch vinyl figure of Baby Yoda ($8.78 pre-order on Amazon) is No. 9 on Amazon’s toys and games most-wished-for rankings.

"The Mandalorian" is set five years after the events of Return of the Jedi and 25 years prior to the events of The Force Awakens. 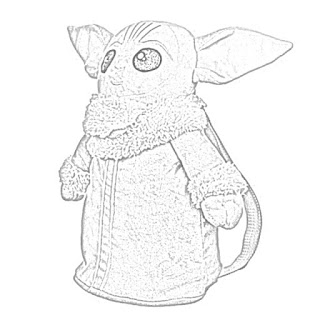 "The Mandalorian" follows the title character, the Mandalorian bounty hunter Din Djarin, and his exploits beyond the reaches of the New Republic.


After the stories of Jango and Boba Fett, another warrior emerges in the Star Wars universe. The Mandalorian is set after the fall of the Empire and before the emergence of the First Order. The series depicts a lone bounty hunter in the outer reaches of the galaxy far from the authority of the New Republic.

Of course, "The Mandalorian" is creating its own narrative and is not dependent on other television series or the Star Wars films. 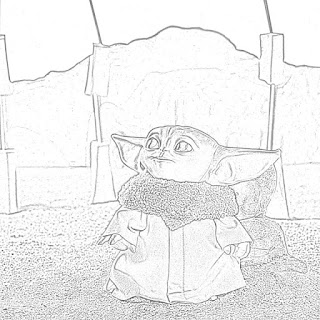 Pedro Pascal stars as The Mandalorian/Din Djarin. The character is a lone gunfighter and bounty hunter.

The Child is a member of the same unnamed species as the powerful Jedi master Yoda with similar Force abilities. 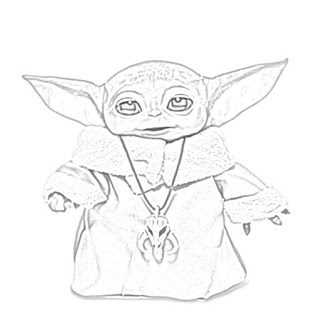 The Mandalorian has been hired by "The Client," an unnamed man with Stormtrooper bodyguards who arranges for the Mandalorian to track a valuable asset. Werner Herzog plays The Client.

"The Mandalorian" is famous for having big stars playing roles. Film star Nick Nolte voices Kuiil, an Ugnaught moisture farmer who bought his freedom after being enslaved by the Empire. 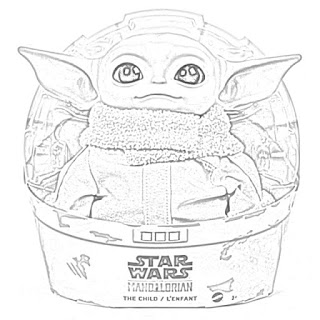 Carl Weathers of the "Rocky" films voices Greef Karga, an ex-magistrate and leader of a bounty hunter guild. He also hires the Mandalorian to track a valuable asset.

Among the guest stars are Julia Jones of the "Twilight" films, Jason Sudeikis of Saturday Night Live, and Ming-Na Wen of the "Agents of S.H.I.E.L.D." television series. 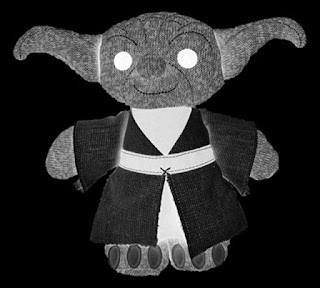 Industrial Light & Magic, a subsidiary of Lucasfilm, opened a new division in November 2018 just to provide the special effects for "The Mandalorian" and other Star Wars television series. 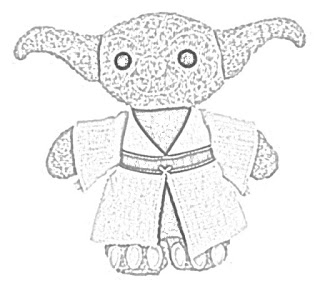 The relationship between the Mandalorian and the Child are based on affection. The Mandalorian feels a connection and parental bond with the Child because of his own childhood. He was orphaned upon the death of his parents and was adopted by the Mandalorian culture as a "foundling." So, he feels a sense of obligation.

"The Mandalorian" has been a breakout hit. Reviews are extremely positive and the show has been the cornerstone of Disney's new streaming service. 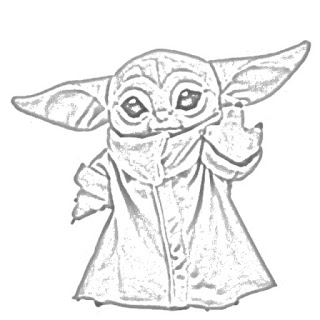 Baby Yoda has the powers of the Force, which he uses when necessary to protect himself and the Mandalorian.

There are sure to be many more Baby Yoda toys and merchandise released. However, these Baby Yoda plush toys are going to be the most prized toys and certain to attract strong demand when they are available and for many years. 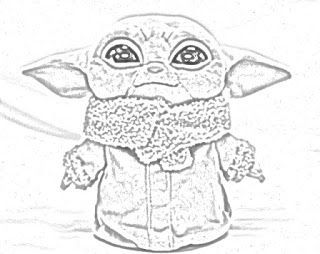